Can we pray the way Bartimaeus prays? People try to hush him up because by addressing Jesus as “Son of David” he is making a politically dangerous claim that Jesus is the rightful king. Could our prayers ever be heard as a threat to unjust powers that be? Bartimaeus won’t give up or go away quietly, but repeats his call for help more loudly. Do we ask so boldly? And are our prayers an honest answer to Jesus’ question, “What do you want me to do for you?” 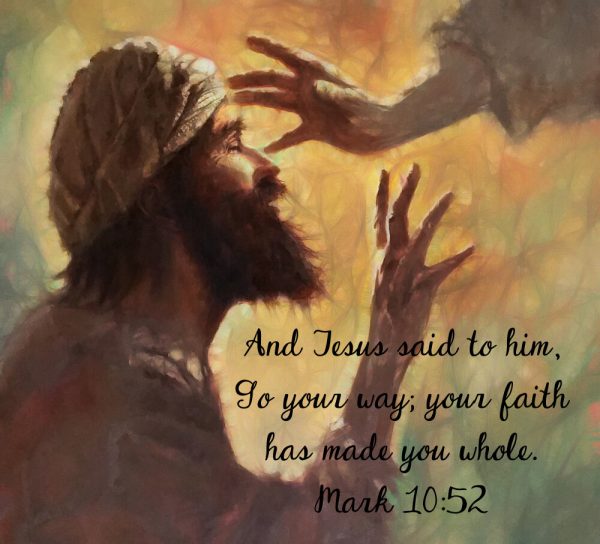 Click on either the picture above or the following link to access the October 24, 2021 Live-Stream Worship Service:

The Lessons: (Link to the Readings)
First Reading: Jeremiah 31:7-9
This passage speaks not only of the southern kingdom, Judah, and its homecoming from exile in Babylon, but also of the northern kingdom (“Israel” or “Ephraim”) and its restoration. The northern tribes of Israel had been lost in exile to Assyria more than a century before Jeremiah prophesied.
Psalm: Psalm 126
Those who sowed with tears will reap with songs of joy. (Ps. 126:5)
Second Reading:  Hebrews 7:23-28
Human priests of old offered sacrifice for their own sins and served only until their death. In contrast, Jesus is God’s Son, the holy, sinless, resurrected high priest. Death did not terminate his priestly service, but through his death he has interceded for our sins.
Gospel: Mark 10:46-52
Bartimaeus comes to Jesus with faith, asking that he might see again. Recognizing Jesus’ identity, Bartimaeus is the first person to call him “Son of David” in the Gospel of Mark. 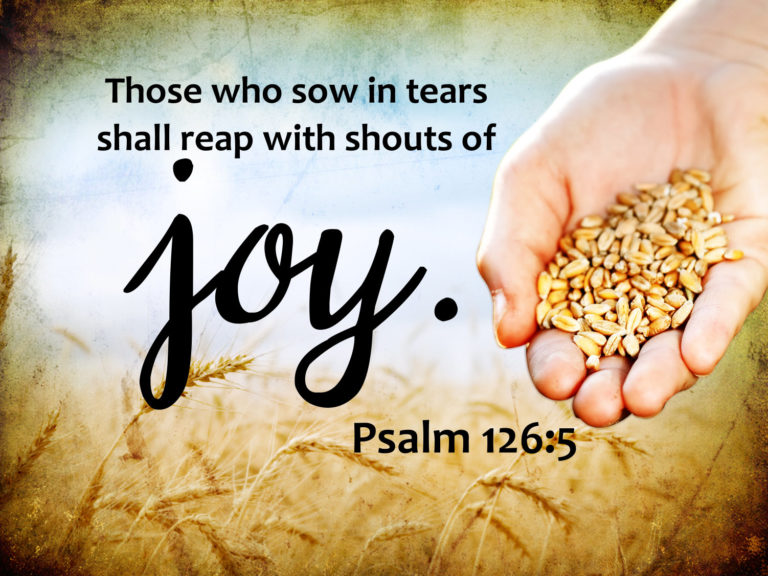 Eternal light, shine in our hearts. Eternal wisdom, scatter the darkness of our ignorance. Eternal compassion, have mercy on us. Turn us to seek your face, and enable us to reflect your goodness, through Jesus Christ, our Savior and Lord. Amen