Lutheranism has been a strong  and vital part of the lives of early settlers to the Stettler area. Lutheran pioneers sought for themselves and their families places of worship and fellowship. The new Swedish Lutheran Church, dedicated Oct. 3, 1906, was Stettler’s second church and stood where the Stettler United Church is now located. Services were conducted in Norwegian.

This church building was later moved to a main street location in 1927. Services here were given in both English and German. By 1955 German services were no longer held on a regular basis. The first church council was elected in January of 1928. In 1937, the congregation built its own parsonage. Starting in 1955, discussions were held regarding the feasibility of building a new and larger church. After a discouraging attempt, nothing further took place until 1962. At that point all plans looked favorable and ground breaking ceremonies were held in November, 1963.

The cornerstone laying service in the Education Unit was held at Christmas, 1964 and the first service in the new sanctuary was the Confirmation Service in 1965.

In 2010 the congregation embarked upon a renovation project called “Our Journey Forward” to expand our fellowship area and narthex and create a new pastor’s office and nursery. This addition was dedicated in June of 2011. 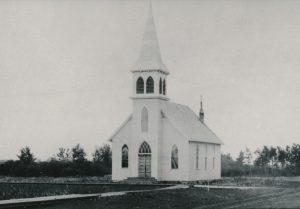 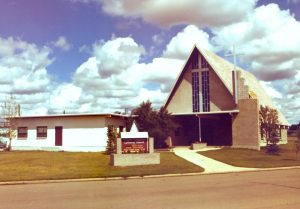 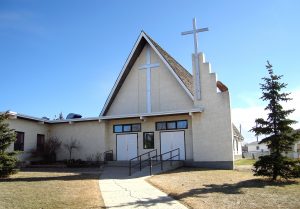 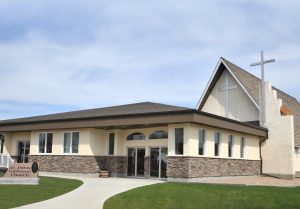